In 1959, Robert Frank’s photographic road journey through America, The Americans, was published. Driving throughout America for two years, Frank shot 500 rolls of films, then pared the final selection into an initially small-run publication of black-and-white photographs with an introduction by Jack Kerouac, who described Frank’s classic photo book as if he had “sucked a sad poem out of America onto film.”

Day explains that he quickly appreciated in his own journey that “it is not the place that is important, but the moment.” This exhibition, and particularly his book with a greater selection of photographs, recaptures these Frank moments. Day believes that The Americans is essentially both “poetry” and “prophecy.” Following in Frank’s footsteps, he has a similar intention; and his colour photographs intelligently consider and extend Frank’s original purpose alongside a literary analysis. In an expansive talk at Lumenvisum, which will be acknowledged for its education programming at this week’s Arts Development Council awards, Day eloquently explained his comparative approach to photographing America (see image). 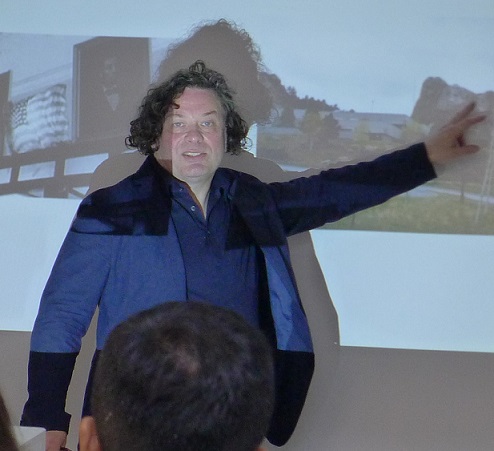 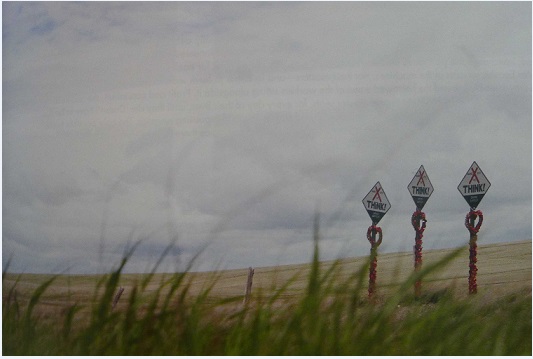 Jonathan Day, Crosses on Scene of Highway Accident-U.S. 91 Idaho, 2014. Courtesy of the artist.


Frank captured the USA at a tumultuous time of social and political change. Day’s contemporary America is often reflected through a musical moment, the songs of his own youth, as sung by Joni Mitchell, Gram Parsons and Crosby, Stills, Nash and Young. Frank’s emblems of flags, food, crosses, bars, cars, death, diners, people and roads all re-appear in Day’s photographs, but each is sensitively re-positioned, abstracted-out and ‘impressioned.’

This can be seen in Day''s reworking of Frank’s famous photograph of three roadside crosses erected in memory of victims in a car accident. Day explains that in his photograph he captured a similar scene: three austere government-erected speed-warning signs. All personal loss has been erased - however, later and “with infinite care”, someone has wrapped each signpost “in red tinsel, and shaped one heart for each, remembering a life….The colour of fresh blood spilled, fighting forgetfulness, staining the snow.”


A version of this review was published in the South China Morning Post on 21 April 2015.